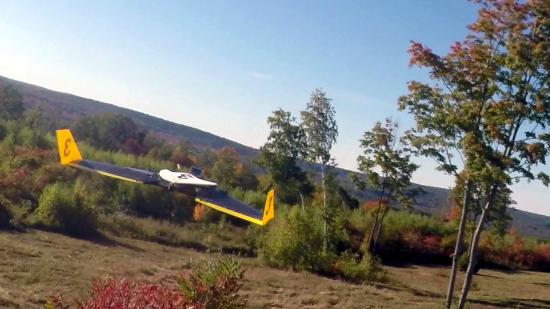 PhD student Andrew Barry from MIT’s Computer Science and Artificial Intelligence Lab has developed a detect-and-avoid system that lets drones fly autonomously through a tree-filled field at a speed close to 30 mph.

The system operates at 120 frames per second and is running 20 times faster than existing software.

In Sweden, flying out of sight with drones is not permitted with ordinary drones, even though many people do, using what is called First Person View, FPV, which means that the pilot looks through video glasses showing the image from a camera on the drone. With a good radio link it’s possible to fly tens of miles away.

What’s required for out-of-sight flight, according to Swedish rules, is an on-board detect-and-avoid system, and the system developed by Barry could be one step towards cheap and commercially available such systems.

Flying much farther away would then also be possible. It has been shown that drones can be controlled using signals through commercial cell phone networks, which means that you could basically fly a private drone on the other side of the world.

One thought on “One step closer to long distance private drones”